A Brief History of Buttons

February 12, 2012
I love making antique and Victorian button jewelry. Searching for Victorian buttons for my antique button jewelry is one of my favorite adventures. Discovering jars at estate sales and hidden corners of junk shops and sorting them into colors and eras and designs is deeply satisfying.

Buttons were invented in the Bronze Age. Their earliest use in Ancient Greece, the Indus Valley and China was as ornament rather than fastener.

Buttons of bone, shell and horn are some of the earliest found. Ornamental shell buttons have been found in the Indus Valley made around 2000 BC.
Functional buttons, buttons as technology, appeared in Medieval Europe along with closer fitting garments of the 13th century on. Though the hook and eye closure was in use by the 14th century in England, in the mid 19th century
steel hook closures enabled tighter lacing.
Designs of the early Victorian era reflected the romantic notions of the young queen’s courtship and marriage and a fascination with natural history.  Love tokens, travel charms and other symbol-laden, sentiment-infused jewelry was popular from 1830 through the end of the 19th century.
Mass production methods in the 1800s popularized the use of steel picture buttons on women’s and children’s clothing from the 1860s into the Edwardian era. Victorian pictures buttons, often with multiple layers, featured detailed scenes from Classical art and European fairytales.

Natural and romantic designs - botanical scenes, animals were common. Most buttons were made of steel, brass, mother of pearl, wood, or horn. The patterns and detail can be stunning and intricate.

With the death of Prince Albert in 1861, Queen Victoria adorned herself in black Whitby jet mourning jewelry, causing the rest of the nation to do the same. Jet is a hard, deep black material formed when wood petrifies under pressure in the presence of salt water.

The premium jet preferred by the Queen came from mines in Yorkshire, but was not affordable to most. Since the petrified wood jet was expensive, black glass buttons came into fashion to fulfill the need for strict rules of mourning attire in Victorian Europe.

One of Queen Victorian and Prince Albert's daughters, Princess Louise is pictured at right wearing a jet necklace and mourning
attire after the death of her father.
The 1860s and 1870s was also the time of the Civil War in the United States. It was a time when most of the world was in revolution, tumult and mourning. Germany, Italy, France, Prussia, and other countries were formed and torn asunder in decades of upheaval as the modern world was born. As a result of widespread grief suffered by Royal family and families the world over, keepsake charms, lockets and other sentimental expressions of love and memory flourished throughout the Victorian era into the early 20th century.

This pair of antique button earrings by Compass Rose Design is made with a pair of buttons with a beautifully detailed flower vase design set in brass filigree setting and accented with amber brown
czech glass crystal beads.

We're also working with antique railroad uniform buttons, circa 1880- 1920. Some of our Antique Railroad Uniform Button Cuff Links were featured in a Valentine's Day treasury on etsy. 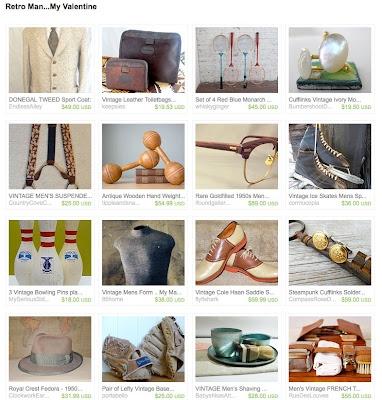 Learn More about the history behind my designs on Pinterest